Hallmark Information; What Is a Hallmark?

What is a Hallmark?

Precious metals are rarely used in their purest form, but are usually alloyed with other metals for the properties, such as durability, workability and flexibility, needed to produce a desirable jewellery article.

It isn’t possible to detect an article’s precious metal content by sight or touch. Therefore, it's a legal requirement in the UK to hallmark any item described as gold, silver, platinum or palladium by an independent Assay Office.

The hallmark guarantees the precious metal content of the item you’re buying, giving you complete reassurance.

This is the registered mark of the company that submitted the article for hallmarking. The Sponsor will have chosen their shield and the initials which are displayed within it.

You can see here, that my (D&R's) hallmark is an oval with chunks out of the sides, with my initials 'CS' inside.  This is mine, and mine alone.  No other jeweller will have this Sponsor's Mark.

Tells you the precious metal content, expressed in parts per thousand.

As I work with mainly sterling silver, you will see my work stamped with the '925' symbol.

Tells you which Assay Office tested and hallmarked the article. There are four Assay Offices in the UK, each one holds its own hallmark symbol. There were other Assay Offices which bear a different symbol but they have since closed. This does not affect your jewellery authenticity in any way.

Shows the year in which the article was hallmarked.

Exemptions Not Requiring a Hallmark

Articles weighing less than the following will not carry a hallmark:

The International Convention on Hallmarks

The International Convention on Hallmarks is an international treaty between contracting countries, which aims at facilitating the cross-border trade of precious metal articles.

UK is a signatory to the International Convention. This means that UK Assay Offices can apply the Common Control Mark (additional optional mark) which will then be recognised by all member countries in the Convention.

For more information about the International Convention Marks, please visit any of the UK Assay Office websites.

The Dudley & Roo Hallmark bears not only authenticity of your jewellery, but it is representative of the pride, hard work and dedication that goes in to creating every single piece.  All precious metal articles exceeding the legal required weight limit will have been tested and hallmarked where legally required at Edinburgh Assay Office.

The Hallmark recognisable as a Dudley & Roo piece of jewellery will bear these symbols:

In 1300 King Edward I of England enacted a statute requiring that all silver articles must meet the sterling silver standard (92.5% pure silver) and must be assayed in this regard by 'guardians of the craft' who would then mark the item with a leopard's head. In 1327 King Edward III of England granted a charter to the Worshipful Company of Goldsmiths (more commonly known as the Goldsmiths' Company), marking the beginning of the Company's formal existence. This entity was headquartered in London at Goldsmiths' Hall, from whence the English term "hallmark" is derived.[3] (In the UK the use of the term "hallmark" was first recorded in this sense in 1721 and in the more general sense as a "mark of quality" in 1864.[4])

Got it! Take me to your shop 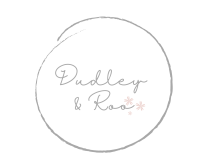